LED VS LCDWhich is better TV LED or LCD?

Nowadays, when many people buy a TV, they are bothered by choosing LCD or LED TV. So what are the characteristics of their two TVs?

LED TVs are actually LCD TVs (Liquid Crystal Display), which is a type of LCD TV. The main difference between LED TVs and traditional LCD TVs lies in the use of different backlight sources, which brings many differences in performance.

LED TVs use light-emitting diodes as the backlight source, which has advantages over traditional LCD TVs in thickness, picture quality, lifespan, energy-saving, and environmental protection, and has become a recognized development direction for LCD TVs in the industry.

Strictly speaking, LED TV refers to a TV that uses LED (light-emitting diode) as the display device, and is generally used for low-precision displays or outdoor large screens.

It replaces the traditional fluorescent tube with the LED light source, the picture is better, the theoretical life is longer, the production process is more environmentally friendly, and it can make the liquid crystal display panel thinner.

Liquid crystal TV, also known as LCD TV, is based on the principle that liquid crystals emit light under the action of voltage.
There are three types of liquid crystals that make up the screen: red, green, and blue, which are called the three primary colors. They are arranged in a certain order. These liquid crystals can be stimulated by voltage to show different colors, and the combination of different proportions can show ever-changing color.

● The advantages of led TV and LCD TV:

For LED TVs, first of all, it has an ultra-thin appearance, which is more energy-saving and environmentally friendly, and there are no toxic substances inside. However, the backlight, brightness, and color reproduction of LED TVs are all closer to reality, so they can give people a very good visual experience.

For traditional LCD TVs, its price is relatively cheap, so the price/performance ratio is relatively high. After years of technical training, its technology is quite mature. As far as its interior is concerned, the body is very thick. , And its power consumption is relatively large, there is a certain toxic substance mercury inside, which is also a reason for being abandoned by people. 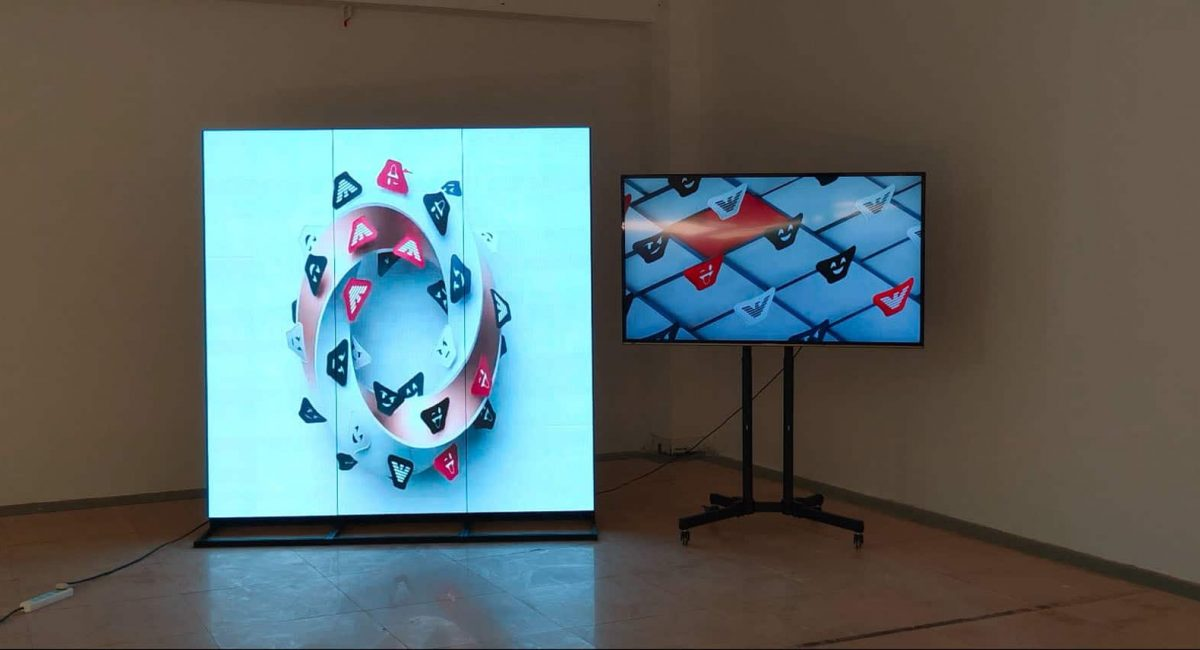 Which is better for eyes LED or LCD monitor?

When choosing a monitor, users usually consider the LED and LCD monitor. Considering that the human eyes watch for a long time, it will be considered which LED or LCD monitor is better for the eyes.

Because in some meetings or occasions where you need to face the screen for a long time, you must consider the acceptance of the user’s eyes and reduce the damage to the eyes.

LED and LCD have derived products of many specifications, but due to technical differences, they are still different in display effects and other aspects.

If you say which is good for your eyes, LCD screens will be better in the long run. This is one of the reasons why our TV screens, mobile phone screens, etc. use LCD technology.

At this time, a strong contrast will be formed, and human eyes will be dazzling when watching, which will cause damage to the eyes. Therefore, the strength of the external light must be considered before the judgment.

For the LED screen, its brightness is relatively high, because its lamp beads are exposed on the surface of the unit board.

Because most of it is installed in an outdoor display environment, the brightness must be able to meet the normal display under sunlight, but if it is used indoors, the high brightness becomes its disadvantage, although it can adjust the brightness, When it is adjusted down, its grayscale will increase, which will affect the color effect of the image.

If the room where the LED screen is installed has normal lighting, the screen will definitely be very bright. At this time, if the user is closer to the screen, it will be dazzling and hurt the eyes.

And if it is a relatively large display occasion, and the user is farther away from the screen, the impact will be smaller.

Therefore, if you use LED screens, use them in some large rooms, and use them on remote viewing occasions, such as large conference lecture halls, command and dispatch systems, product launches, and other occasions.

LCD screens are used in close, relatively closed rooms. Because LEDs are more dazzling in such an environment, they are too irritating to the eyes, especially when watching for a long time, the effect is more obvious, for example, some small meeting rooms are not suitable.

The brightness of the LCD screen is fixed, and there are only two specifications, one is low brightness and the other is high brightness.

It is composed of LED back light, with a glass on the front so the brightness is not as high as the LED screen.

The same is true when used in large-screen monitors. Its brightness is like that of TV and mobile phone screens. Even if it is watched for a long time, it will not cause glare, so it will not hurt the eyes.

This is also the main reason why LCD screen splicing displays are used in some monitoring rooms and small and medium-sized meeting rooms. Because the user is usually close to the screen in these situations, and it is normal to turn on the device continuously throughout the day, it is better for the eyes to use the LCD screen.

So in comparison, the LCD screen will be smaller than the LED screen in terms of eye stimulation, and it will be more comfortable to watch for a long time. We recommend that LCD screens be used in closed rooms with close lighting, and LED screens can be used in large spaces with long-distance viewing and better lighting.

What is the advantage of an LED TV?

The thickness of a traditional LCD TV is usually about 10 cm. The LED backlight method is more common in notebook computers, and it is applied to TVs, which makes the thickness of the fuselage have a thin leap.

The backlight used in traditional LCD TVs contains mercury, which is harmful to the human body. Although manufacturers are trying to reduce the mercury content in fluorescent tubes, completely mercury-free fluorescent tubes will bring some new technical problems.
The LED backlight does not contain mercury at all, which meets the requirements of environmental protection. The LED backlight is also very power-saving. The internal driving voltage of the LED is much lower than that of the LCD, and the power consumption and safety are better than that of the LCD.

Unlike LCD, the rated service life is between 8,000 and 100,000 hours. In order to enhance performance, the LCD backlight with an improved design will have a lower lifespan. The LED backlight can reach about twice the LCD. Therefore, the service life of LED backlights is generally longer than that of LCDs.

How do I know if my TV is LED or LCD?

Third, the viewing angle: The LCD monitor has a large angle limit, which is a very troublesome problem. As long as the deviation angle is slightly larger, the original color cannot be seen, or even nothing. And LED can Provide a viewing angle of up to 160°, which has great advantages.

Fourth, refresh rate: LED uses electrical energy to convert into light energy, using the injection principle, so its refresh rate is higher and the screen processing is better.

Fifth, the contrast ratio: The currently known relatively high-contrast LCD display screen is 350:1, but in many cases, it cannot meet various needs. However, LED display screens can reach higher and more widely used.

Sixth, appearance: LED is based on light-emitting diodes. Compared with LCD, its display can be made thinner.

Seventh, The scope of application： The scope of application of the LED display is wider than that of the LCD display. It can display a variety of text, numbers, color images, and animation information, and it can also play video signals such as TV, video, VCD, and DVD. More important It is possible to use multiple display screens for network broadcasting.

Eighth, the service life: LED display screen can generally support about 100,000 hours, under normal circumstances, can be used for decades, but LCD is much less.