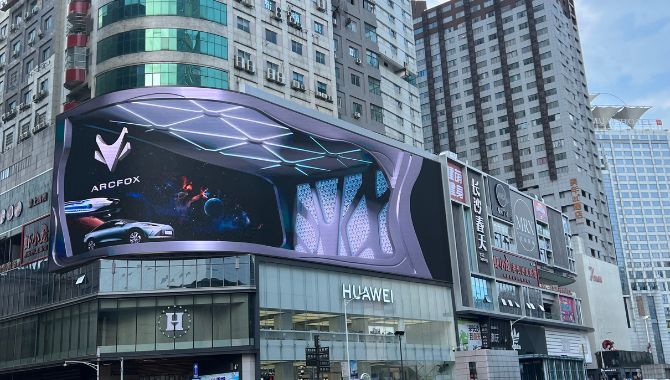 Today, I will discuss everything you should know about 3D LED billboards.

Whether you want to learn about features, cost, working principles or uses.

You will find all information right here.

What Is 3D LED Billboard? 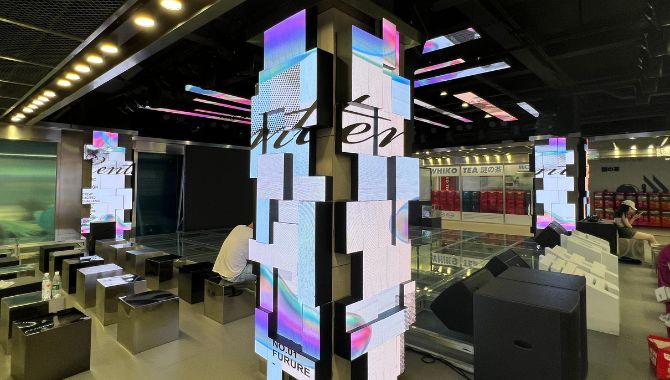 These signage players have accurate calculations and creativity.

Normally, it creates optical solutions that trick your mind.

They are creatively arranged to render impressive 3D images.

Your eyes will 3D rendered objected.

They have blended attractively on the actual screen itself.

It works similarly to other 3D displays.

However, it works on a principle of forced perspective.

This perspective is a technique that uses object’s scale and the spectator’s vantage point.

As a result, forming an illusion of the thing appearing nearer, distant, smaller, or larger to the viewer.

This forms a three-dimensional footage effect on the footage.

Your left and right eye view the images with slightly different images in each eye.

And this forms the depth observed in 3D technology.

In real life, you similarly see the objects.

The depth you perceive is from seeing two different images in each eye.

This forces your eyes to believe the objects are real when it is not.

And this is what is known as the impression of depth.

It does not fabricate 3D effects with obvious structures.

This makes the visual more convincing.

There is no physical element with edges to make the image look unreal.

The notable advantages of 3D screen billboard include the following;

There is an excellent reduction of heat generation of the circuit.

This is more than an ordinary LED display of a similar type.

Ultra-high definition display can attain the highest resolution of 4K.

This is more or less like watching the latest high-definition TV.

It provides high-quality and sharp images.

It obtains rich colors with the assistance of 16-bit high-grayscale grading.

You get the best quality and highly stable image with the aid of an ultra-high refresh rate.

Also, you achieve it through the help of ultra-strong white temperature auto-balance technology.

This allows product to work in a silent state.

It is fundamental for applications where ambient noise is of high requirement.

The former has a lower carbon footprint and tend to be more sustainable.

High depth of field of effect is the latest virtual 3D processing in the universe.

It can reach three meters allowing people to get vivid three-dimensional effects.

This is possible when looking at it directly with a naked eye.

You can easily and quickly change 3D LED digital content.

This is suitable for businesses requiring frequent advertising updates.

It is highly versatile and allows your business to display static and animated images.

It is becoming the most cost-effective advertising technique for reaching a larger audience.

Ideally, this is imperative, especially in the modern, fast-paced world. 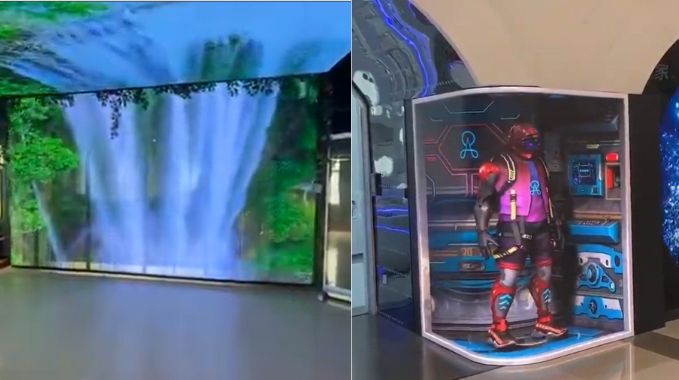 Finding the right 3D LED digital screen is fundamental if you desire to make the most of this form of marketing.

Some few critical factors you must consider in 3D advertisement board include the following;

Choose a 3D screen billboard located in an area where several people can easily see it.

The size of a digital 3D billboard should be large enough to enable the target audience to see it effortlessly.

The target audience should never struggle to view, read and understand the content in the digital 3D billboard.

Why LED 3D Billboards Are Ideal For Marketing Your Product

3D digital billboards are proving to be an ideal choice for marketing.

They arouse curiosity to know what the ad is about.

Some notable elements that make this technology suitable for marketing your products include;

Ability To Reach Both Online And Offline Customers

It conveys the message to passersby.

These may include potential clients on different social networks.

Most audiences like watching the display by filming and taking pictures.

They later share the same on different social media platforms.

This spreads the message vastly.

It enables your brand to reach out to the online community indirectly.

In essence, it increases the effectiveness of advertising by several times.

To create the most realistic 3D content, the LED display has to meet numerous requirements such as;

All these elements guarantee excellent picture quality that is highly attractive.

Thus, the customers are inspired and will always have your brand in mind.

It Is An Excellent Attention Tool

Such effects hard press people, especially if it is first-time viewing.

It creates quality 3D content that glees your audience.

This makes it easy to attain the necessary attention.

The 3D effect is amazingly eye-catching.

This ensures your brand reaches the masses irrespective of where you place the ad.

This billboard allows your brand to establish and build an identity.

It is easier to get the message across when using 3D ads.

How Much Does 3D LED Billboard Cost?

The growing popularity of LED billboards today arouses curiosity regarding their cost.

Pricing of this advertisement board is dependent on the exact scope of your project.

The cost of most common LED billboards for small-scale applications is around $1000-$15,000 monthly.

In the past, these billboard were only limited to large corporations and blue-chip companies.

Such corporations had vast budgets to easily afford them.

But technological evolvement in this sector is immense.

If you have a vast project, an outdoor 3D advertisement board is likely to cost you up to $280,000.

Several factors such as the following come to play;

Additionally, you need to cater for structural and installation costs.

Other minor costs include digital signage designs and interior billboards.

In other words, a 3D LED billboard is a considerable investment.

It can be profitable because it easily generates more income than traditional printed advertisement materials.

Besides, you can always get something for your project based on what suits your budget.

What Are The Main Applications Of 3D LED Billboard?

The main sectors that use this advertisement technology include;

How Do You Get Most Suitable 3D LED Billboard?

Quality is a core element you can hardly compromise in 3D billboard advertisement.

It is important to consider some factors relating to the final quality of the 3D billboards.

The notable conditions that LED 3D screens should meet include the following;

3D screen billboards are becoming more popular everyday with the tech storm taking over the universe.

Technically, 3D billboard ads tend to have more permanence than traditional ones as much as market trends and consumption patterns trigger advertising.

It allows the user to tap into a thrilling new world.

Since the onset of covid 19 pandemic, 3D advertisement boards have become a rage.

Many people often look at the images and get attracted amid the gloomy days.

Presently, several brands are jumping to disrupt advertising and marketing.

This is seemingly obvious that 3D LED billboards are about to stay longer.

Other than advertising boards, it can also be applied to a wide range of innovative LED screens.

Some examples include 3D LED car displays and floor displays.

3D LED display is a product generated by combining LED technology and the art of installing a large-screen led display.

It provides anyone viewing it with a thrilling visual experience.

You are unlikely to get the thill from any other digital display.

This technology is a specific example of exciting technology expected to dominate the marketplace for a long time.